Have a question about discounted site licenses, billing options, Or opting out of automatic renewal/update services? Email us or call 1.877.807.8076.
Be the first to review this product
Starting at $269.00
In stock
SKU
JARB21
First-hand guide to arbitration for practitioners and arbitrators alike, written from the perspective of what an experienced arbitrator looks for in the hearing process.
Add to Wish List Add to Compare
Skip to the end of the images gallery

New Jersey Arbitration is a firsthand guide to arbitration for practitioners and arbitrators alike, written from the perspective of what an experienced arbitrator looks for in the hearing process. Judge Dreier, a retired Presiding Judge of the Appellate Division of the Superior Court of New Jersey, is a long-time arbitrator and mediator. He provides helpful advice with tips on what you can expect in a typical hearing and what will be expected of you.

Robert Bartkus joins Judge Dreier in this new edition, which has been reorganized, revised, and expanded with additional material and cases.

Throughout, the Handbook continues to provide practical guidance for each phase of the arbitration process. As in prior editions, the text identifies specific Commercial Rules of the American Arbitration Association that may relate to an issue, but this year the text also contrasts those specifics with the rules of other divisions and other providers. The appendices continue to include the text of key rules and statutes, making the Handbook a “must have” at any arbitration hearing. This year, the appendix summaries of recent cases is enhanced by a subject index of the most recent published and unpublished cases (through December 2016) and their official, WestLaw or LEXIS citations, including any appellate changes from the first quarter of 2017. 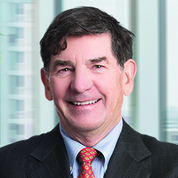 Robert E. Bartkus is Of Counsel to McCusker, Anselmi, Rosen & Carvelli, P.C. in Florham Park, New Jersey, where he has concentrated in commercial litigation and now devotes his practice to arbitration. He has served as an arbitrator on scores of federal, NASD, JAMS, and AAA matters over three decades, and he was elected as a Fellow of the College of Commercial Arbitrators.

Judge William A. Dreier is Of Counsel to Norris McLaughlin, P.A., a law firm in Bridgewater, New Jersey. In addition to more than 25 years of judicial experience, he has practiced in the areas of banking law and products liability and has lectured and written widely. Among other distinctions, he is a Fellow of the College of Commercial Arbitrators, has served as an Arbitrator and Mediator for the American Arbitration Association, and has been designated a Distinguished Neutral by the International Institute for Conflict Prevention and Resolution.