Have a question about discounted site licenses, billing options, Or opting out of automatic renewal/update services? Email us or call 1.877.807.8076.
Be the first to review this product
Print $333.00
In stock
Only %1 left
SKU
JPIF22

Whether you are a sole practitioner or part of a larger firm, someone who specializes in personal injury or has a general practice, this book is for you. The Library of New Jersey Personal Injury Forms is designed and organized to allow attorneys to handle a personal injury case from start to finish. The book begins with forms needed after meeting with a new client and goes through pre-litigation, pleadings, litigation, trial, settlement, and post-trial. There are also specialty sections for UM/UIM claims and workers’ compensation cases.

The third edition contains nearly 400 forms, which will help you in almost every situation that arises in a personal injury case. These forms are also presented in print and online format. In addition to supplying all the forms you need, almost all the sections of the book are preceded by practice tips. 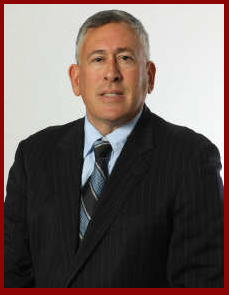 Editor Eric G. Kahn is managing partner at Javerbaum Wurgaft Hicks Kahn Wikstrom & Sinins. As a Certified Civil Trial Attorney and the current President of the North Jersey Chapter of the American Board of Trial Advocates (ABOTA), Eric G. Kahn handles a broad spectrum of significant and complex claims, including automobile accidents, premises liability, medical malpractice, construction site accidents, security negligence, products liability, Federal Tort Claims, truck and bus accidents, and sexual abuse and neglect cases. Notably, Mr. Kahn represented five construction workers in a case against a coworker who cheated them out of their share of a Mega-Millions Lottery jackpot, obtaining a $20 million jury verdict. Mr. Kahn is a Trustee of Partners for Women and Justice, an organization dedicated to providing legal services to victims of domestic violence. He is an Ambassador Board Member of ConnectOne Bank. Mr. Kahn is on the Leadership Counsel for the United Negro College Fund in New Jersey. Mr. Kahn is a former President of the New Jersey Association for Justice, and a former President of the Union County Bar Association. He was named to the New Jersey Law Journal’s list of New Jersey Trailblazers in August 2019. From 2012 to 2015, Mr. Kahn was named one of the Top 100 Lawyers in the State of New Jersey by Super Lawyers. In 2012, he was named as one of the Best Lawyers in the New York-New Jersey Metropolitan area.

Javerbaum Wurgaft Hicks Kahn Wikstrom & Sinins is a Professional Corporation based in Springfield, New Jersey, with offices in Newark, Harrison and Freehold. The firm limits its practice to representing victims in personal injury, workers' compensation, employment litigation, criminal defense and civil litigation. The firm boasts over 20 Certified Trial Attorneys, in civil, criminal and workers’ compensation, along with many talented associate attorneys, dedicated staff and modern offices to provide top-notch legal services to its clients and referring attorneys. More information about the firm can be found on its website, lawjw.com.