Have a question about discounted site licenses, billing options, Or opting out of automatic renewal/update services? Email us or call 1.877.807.8076.
Be the first to review this product
Online + eBook $249.00
In stock
Only %1 left
SKU
TXBUS22

A comprehensive handbook for litigators and transactional attorneys, written by a stellar panel of veteran TX litigators, judges and arbitrators. 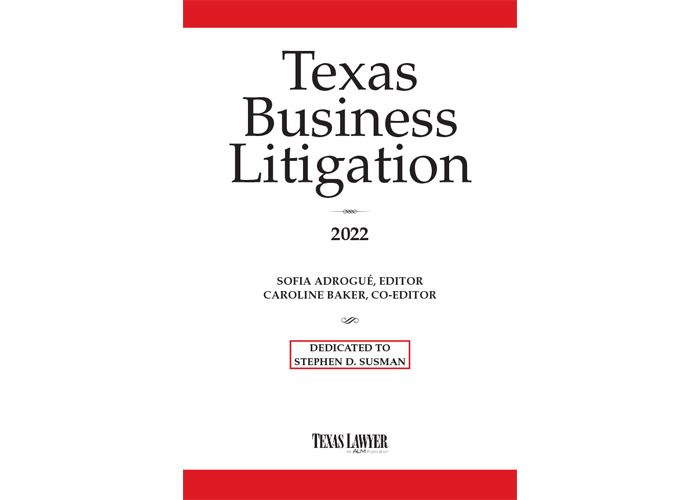 Skip to the beginning of the images gallery
Details
Sofia Adrogué, Editor, a native of Argentina and commercial litigator for over 25 years, is a partner with the Houston office of Diamond McCarthy LLP.

Caroline Baker, Co-Editor, a fifth-generation Texan, served the citizens of Harris County as a judge 21 years before retiring at the end of 2018.

In Texas Business Litigation you’ll find thorough treatment of:
NEW FOR THIS EDITION
The final three chapters are new and an indicia of the state of business litigation—e-discovery, construction litigation, and tactical considerations in modern business trials.
Additional Information
Reviews
Write Your Own Review
Only registered users can write reviews. Please Sign in or create an account
View Sample 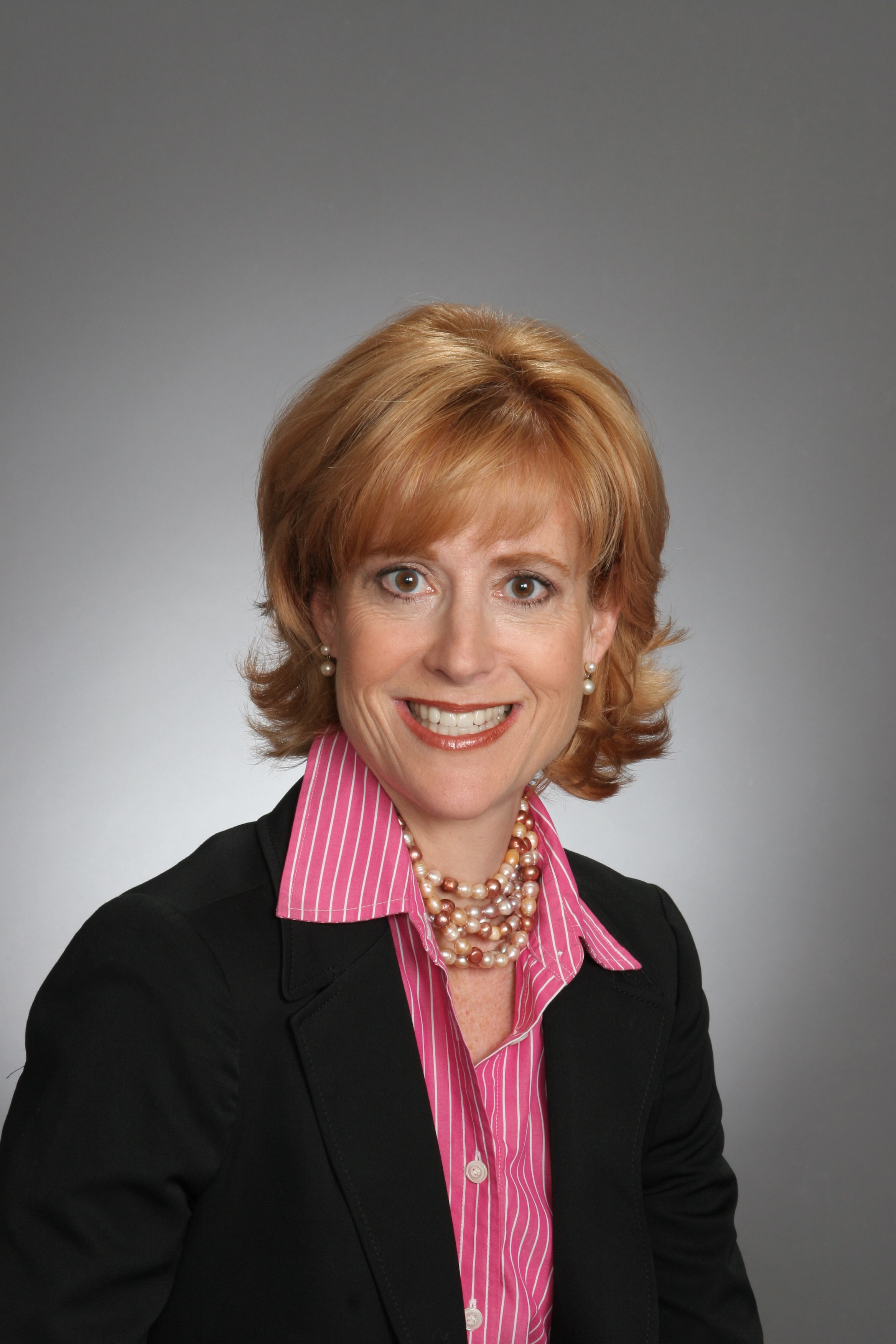 Caroline Baker
Caroline Baker, a fifth-generation Texan, has served the citizens of Harris County as a judge for over 16 years. Prior to the bench, she was a partner in the litigation firm of McFall, Sherwood & Sheehy. A graduate of Princeton University and the University of Texas School of Law, she is Board Certified in Personal Injury Trial Law and has been elected to membership in the American Board of Trial Advocates. ABOTA is an honorary organization of plaintiff and defense lawyers (as well as judges) dedicated to the preservation of the right to trial by jury and excellence in the legal profession. Candidates are nominated and elected by the members of the organization and must have a proven record as a trial lawyer. Caroline also is a mediator with a certificate from the AA White Dispute Resolution Center and serves as an adjunct professor in Trial Advocacy at the University of Houston Law Center.
Strongly committed to professional service, Caroline currently serves on three committees of the State Bar of Texas, including the Committee on Judicial Ethics, Judicial Section. She has served as Chair of the Ethics Committee for the Board of Civil Judges and Chair of the Administration of Justice Committee for the Board of District Judges. She also has served as a member of the Ethics Committee for the National Association of Women Judges and is a Past President of the ADR Section of the Houston Bar Association. She has been a member and Chair of a State Bar Grievance Committee. Caroline also spends time mentoring aspiring lawyers through internships in the court and judging mock trials and mock hearings for students from the Houston law schools.
Caroline is a graduate of Leadership Houston (where she received the Patrice Johnson Alumnus Award for Leadership), the American Leadership Forum, and the Center for Houston's Future. She has been honored by Aspiring Youth with the Star for Girls' Education Award, and was selected by Texas Executive Women as a Woman on the Move, and by Houston Woman magazine as one of the 50 Most Influential Women in Houston.
Equally committed to community service, she serves and/or has served on the Board of Directors of many non-profit organizations, including Neighborhood Centers Inc., Girls Incorporated of Greater Houston (Former Chair), The Heritage Society, Hobby Center Foundation, Leadership Houston (Former Chair), the YMCA, and on the Advisory Boards of The Chinquapin School, Career & Recovery Resources, Inc. and City Hall Fellows.
Above all, Caroline is devoted to her family. She and her husband are the proud parents of three children. 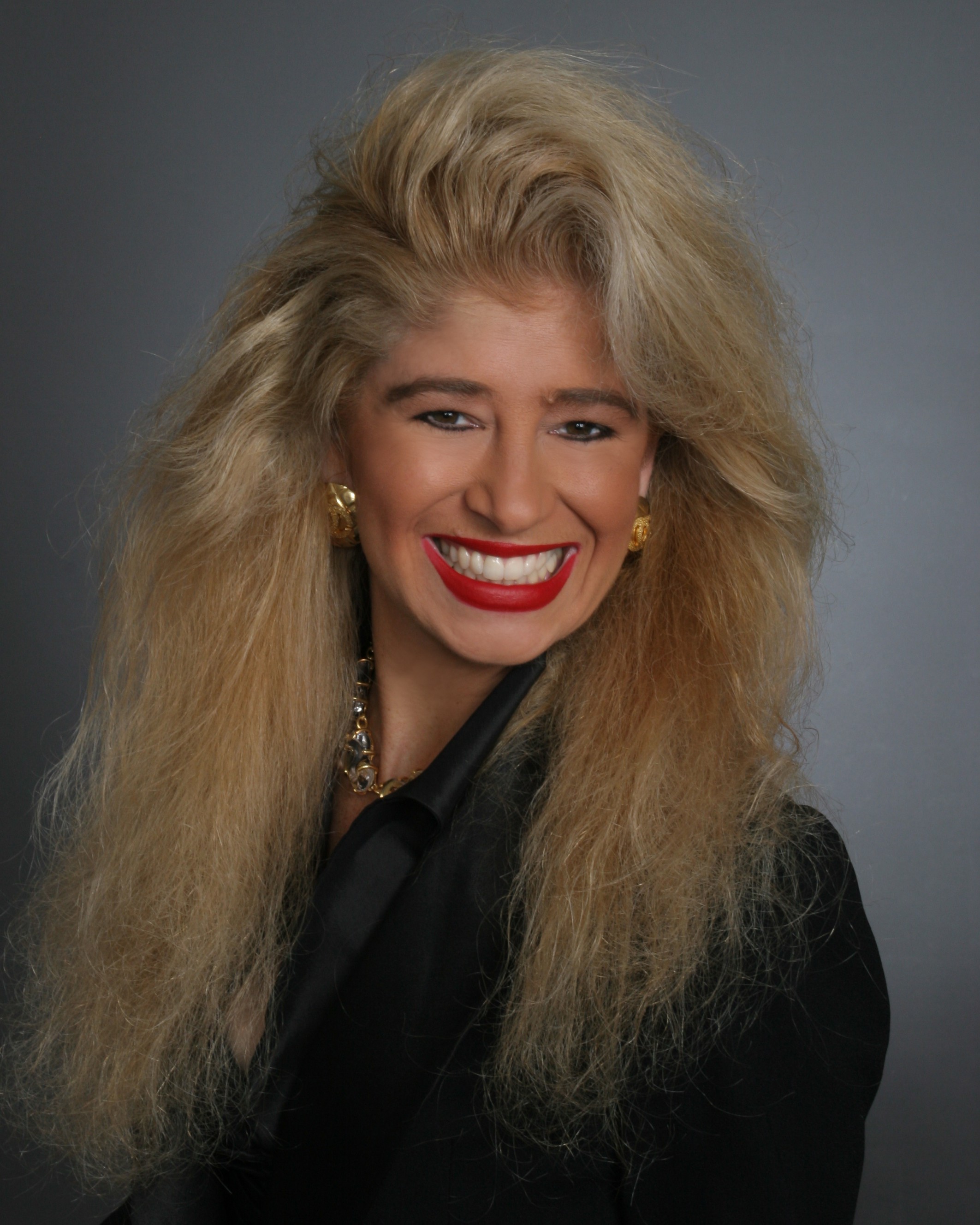 Sofia Adrogué (Editor), is a trial partner with the Houston office of Diamond McCarthy LLP, a national business litigation and insolvency boutique. She has obtained favorable judgments and settlements on behalf of both plaintiffs and defendants in a myriad of complex business cases in state and federal courts and in ADR proceedings. She represents clients in all industries, ranging from entrepreneurs in rural Texas to multinational conglomerates with diversified worldwide business holdings. She is a frequent CLE Speaker and/or Chair (over 125) and publisher (over 120). She envisioned and created the Texas Business Litigation treatise, serves as its Editor, now in its 4th Edition, and is the Chair of the Texas Business Litigation CLEs.

Sofia serves and/or has served on The Advocate Editorial Board, the Texas Supreme Court Advisory Committee, the CLE, Mentor and Professionalism Committees of the State Bar of Texas as well as the CLE, Houston Lawyer and the Professionalism Committees of the Houston Bar Association. Sofia has chaired numerous events for diverse non-profits, and serves and/or has served on the Board of Directors of American Leadership Forum Houston; Girls Inc. of Greater Houston (former President and Board Chair); Houston First Corporation; Houston Law Review Alumni Association (former President); Mayor’s Hispanic Advisory Board, City of Houston (Chair, Appointments Subcommittee); Memorial Hermann Foundation; RICE-TMS; Museum of Fine Arts, Houston; Theatre Under The Stars; and United Way of the Texas Gulf Coast. Sofia is the Co-Founder & Co-Chair of the Youth Leadership Forum, held for the last 15 plus years at Rice University with the motto of “Engage, Educate, Empower: By Service We Lead.” A native of Argentina, Sofia is a Co-Host & Co-Producer of Latina Voices: Smart Talk. Sofia has been recognized for her public service by the City of Houston with a proclamation of July 10, 2004 and December 18, 2018 as “Sofia Adrogué Day.” Sofia is the mother of Sloane, Schuyler, and Stefan, and is married to fellow Rice graduate, Sten Gustafson.