Have a question about discounted site licenses, billing options, Or opting out of automatic renewal/update services? Email us or call 1.877.807.8076.
Be the first to review this product
Online + eBook $179.00
In stock
Only %1 left
SKU
PATX22

Pennsylvania Accountants, Tax Attorneys, and other Tax Professionals: If you're gearing up for the tax season just ahead, make sure the state's top tax book is in your hands! 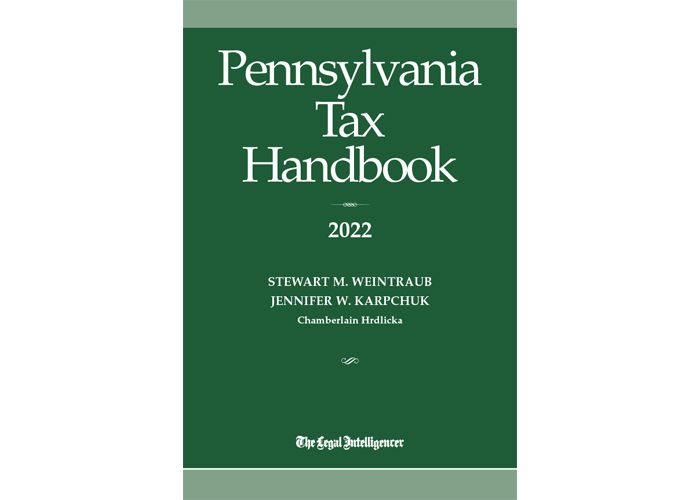 Pennsylvania Accountants, Tax Attorneys, and other Tax Professionals: As you gear up for the tax season, make sure the state's top tax book is in your hands! 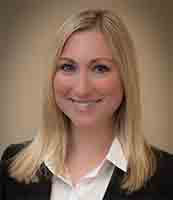 Jennifer Weidler Karpchuk
Jennifer W. Karpchuk | Shareholder, SALT (State and Local Tax) Practice Co-Chair Jennifer Weidler Karpchuk represents clients in all aspects of state and local tax compliance and litigation, including challenging audit determinations and real estate assessment decisions, seeking refunds from state and local governments, handling administrative appeals, litigating unresolved disputes in state and local courts, handling post-trial appeals, advising clients on the tax implications of pending and past transactions, and planning for and mitigating tax burdens. She is a frequent speaker nationally and has been recognized by Best Lawyers as a “Best Lawyers” in Tax for 2021. She was also named a Rising Star for 2016 through 2019 and as a Main Line Top Lawyer in Tax for 2018 and 2019. Ms. Karpchuk is the current Chair of the Philadelphia Bar Association’s Tax Section’s State and Local Tax Committee, as well as the current Vice Chair of the Pennsylvania Bar Association’s Tax Section. Additionally, she is Co-Chair of the American Bar Association’s State and Local Tax Committee’s Sales and Use Tax Subcommittee and Miscellaneous Taxes Subcommittee. Ms. Karpchuk writes a quarterly column for Tax Notes State. 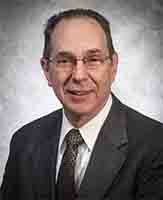 Stewart M. Weintraub
Stewart M. Weintraub | SALT (State and Local Tax) Practice Chair Emeritus Mr. Weintraub has practiced State and Local Tax (“SALT”) law for 50 years. He helps clients plan and structure transactions so that all SALT obligations are minimized. He represents clients for all aspects of SALT compliance and litigation, from audits through trials and appeals to the appellate courts. Before entering private practice, Mr. Weintraub was chief of tax litigation for the City of Philadelphia’s Law Department, during which he also served as chief counsel of the 1980 Mayor’s Tax Reform Commission. In 2013, the American Bar Association Tax Section elected Mr. Weintraub to the Tax Section Council as one of its Council Directors, on which he served until 2016. Mr. Weintraub also served as a member of the Philadelphia Bar Association Tax Section Council where his term expired at the end of 2016. He has been ranked among the Best Lawyers in America since 2005 and for 2014, and again for 2021, he was named Lawyer of the Year for Litigation and Controversy – Tax and Tax Law by “Best Lawyers.” Mr. Weintraub has been named a Pennsylvania Super Lawyer since 2004. He has been an Adjunct Professor teaching State and Local Taxes in Temple University’s Beasley School of Law’s Graduate Tax Program for 37 years. During 2014, Mr. Weintraub was the recipient of American Law Media’s Lifetime Achievement Award for Professional Excellence and service to the Bar and during 2020 they named him a Pennsylvania Trailblazer.