Have a question about discounted site licenses, billing options, Or opting out of automatic renewal/update services? Email us or call 1.877.807.8076.
Be the first to review this product
Online + eBook $838.00
In stock
Only %1 left
SKU
619ONL

Instructs corporate counsel on how to adopt forward-looking compliance policies that can prevent criminal liability and how to mitigate the severity of penalties when they are unavoidable. 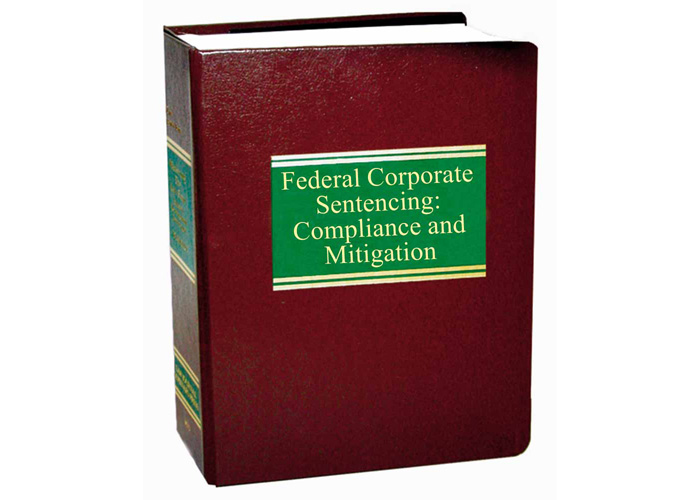 The first book to examine the Organizational Sentencing Guidelines in detail, Federal Corporate Sentencing: Compliance and Mitigation shows how to develop and improve an internal compliance program—a critical preventive tool and the most important mitigating factor in sentencing. Because the Guidelines give legal recognition to compliance programs, a properly designed program can make the difference between a fine of several thousand dollars and one in the tens of millions.

This essential reference also brings you comprehensive coverage of subjects such as: determination of sentences, including aggravating and mitigating factors; global compliance programs; standards of conduct under Sarbanes-Oxley; advocacy strategies when dealing with prosecutors, judges and probation officers; guidance on advising corporations already under federal scrutiny; the use of deferred and non-prosecution agreements; government policies on waiver of the attorney-client privilege and work product protection as proof of a corporation's full cooperation; “corporate probation”; the interplay between the sentencing guidelines for individuals and for corporations; environmental and antitrust offenses; and more.

Jed S. Rakoff
Jed S. Rakoff is U.S. District Judge in the Southern District of New York. Mr. Rakoff completed his work on the original edition of Corporate Sentencing Guidelines while a partner with Fried, Frank, Harris, Shriver & Jacobson in New York, prior to assuming his present duties. He does not have any continuing editorial relationship with the book.

Before joining Morvillo, Abramowitz, Grand, Iason, Anello & Bohrer, P.C., Mr. Sack served for more than twelve years as an Assistant U.S. Attorney for the Eastern District of New York, where he held a number of supervisory positions, including Chief of the Criminal Division. As chief, he oversaw a wide range of investigations and prosecutions of federal crimes conducted by more than 100 prosecutors. As an Assistant U.S. Attorney, Mr. Sack was responsible for a number of significant prosecutions in the areas of securities fraud, financial institutions fraud, RICO violations, export control violations and drug trafficking.

Mr. Sack is a graduate of Harvard University and the Yale Law School. Following law school, Mr. Sack was law clerk to the Honorable W. Arthur Garrity, Jr., Senior United States District Judge, District of Massachusetts. Mr. Sack has written and spoken on issues relating to attorney-client privilege, work product protection and internal investigations. He is an adjunct professor at St. John_x0019_s University School of Law, where he teaches a course in White-Collar Crime.